Get social with us.

On April 14th 1912 a ship was sailing across the Atlantic Ocean from England to America, at 2340hrs (SMT) 400 miles from Halifax, Nova Scotia she hit an iceberg. At 0200hrs the following day she slipped out of sight taking with her 1500 souls.

One of the outcomes of the Board of Trade report into the sinking of the Titanic was the formation of six schools with the intention of teaching pupils from the age of eleven Navigation and Seamanship. One of these schools was the London Nautical School, Dave, Andy, John, Tony, Del and Stephen were all students at this school, there are also other LNS students that join us from time to time.

Several went to sea after leaving school and some have recently crewed together on the tall ships Sorlandet and the Statsraad Lehmkuhl. And if there are any ex LNS in the audience, raise your voice and sing along.

The name – Ice is obvious but Fire comes from a Channel 4 programme that suggested that there was a bunker fire in one of the coal holds from the time she left England. 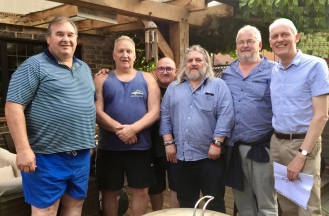 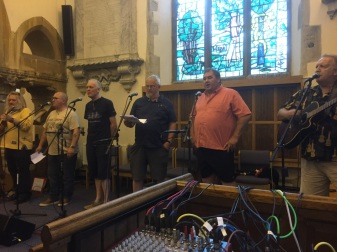 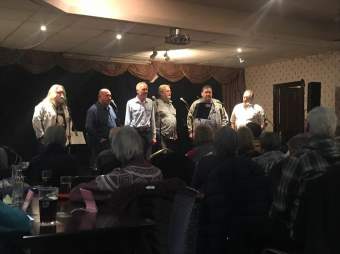 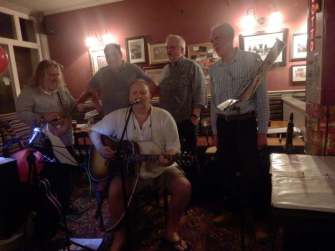 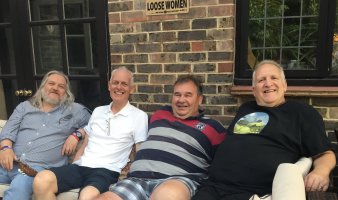